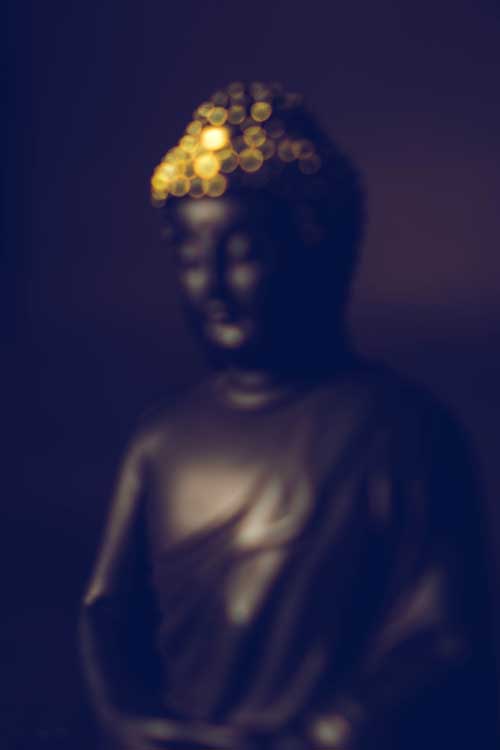 Enlightenment does not happen to improve life. To an unenlightened person who is inclined toward happiness, life can be glorious.

Enlightenment is not required to live a happy life, filled with awe.

I don’t know why anyone would want to be enlightened. At the same time, I can’t imagine living any other way.

Before I was enlightened, I was a very happy person. I was a loving person, I had a sweet family, lots of friends, I travelled, I cooked, I threw dinner parties, I wrote. I had a beautiful, blessed life. I was deeply content and able to feel joy and gratitude at the most mundane aspects of my life. I was generous, I was calm, people enjoyed being in my company, as I was at once soothing and comforting as well as inspiring and adventurous. The only darkness in my life was my husband’s illness, which seemed to be well managed with medication and careful living, for a time. Aside from his affliction, one could say I had it all.

I went through a couple years of changes that altered me in ways I find difficult to explain. I loved who I was, I was not interested in escaping any part of my life. I can’t say these changes improved me in any way. The stories that get published of modern people who become enlightened often describe an improvement because they were afflicted in some way and enlightenment freed them from that. That’s not my story.

I was quite happy being me and living my life. Then I became enlightened. This added nothing to me, yet took everything away.

Because prior to enlightenment, everything in my life belonged to Amara. After enlightenment, Amara was seen as a fiction. I don’t say that to scare you, because it’s not really scary to go through. I liked being Amara and then I saw very clearly that I WAS NOT Amara. That Amara does not exist per se, and that I have no center.

Using the word “I” is something I was unable to even do for a while. I couldn’t find any such thing. It’s not like I lost myself or that I disappeared…I realized I never existed at all. That may sound horrible, but what replaced the sense of singular self was an amazing freedom, almost too expansive to bear. An incredible, inconceivable freedom.

It seems like a small shift in perspective, but it is everything. When it happens and it is not intellectual, because we can all sit around and say “I am not my personality, I am not my body, I am not my desires” and so forth, but when it is seen, when we turn to face ourselves and see plainly the fiction, the provisional, synthetic nature of this self that we’ve all along imagined ourselves to be, it changes everything. It can’t be unseen. This is the new and constant state of existence, or non-existence!

From that point, many, many other things are truly, clearly perceived. Changes happen. But that very first true seeing, breaking forever the belief in the separate self and living life from the perspective of that persona/self, is the linchpin, so to speak. When that is taken out, everything else unravels instantly, not as a process, but instantly. And your eyes open to a much larger reality.

Is it a better reality? If you were happy before, then I would say no. If you were suffering, then perhaps.

Do I regret having my eyes opened? Not in the least. But I also don’t go around telling people that the whole point of life is being enlightened. That it will solve all their problems, or that they just don’t know what they are missing out on. I did not become “enlightened Amara”. We think “we” will be enlightened and something wonderful will be added to us while all the negative things we don’t like and the suffering will be magically removed. There is no personal self to be enlightened. There is no personal self to which anything can be added or taken away.

In the past few years, I’ve been able to pick up Amara like a tool or even a vehicle. I use her to get around in this world, and I’m constantly and lovingly improving her, refining her, upgrading her systems and keeping her in top condition. I was unable to do that the first couple of years because the seeing is so radical, and all the other changes just kind of blew the system so to speak. I decided to reboot the system because I desired to live among people and not in a monastery or surrounded by followers or even just off by myself. It is possible to live without rebooting your persona/vehicle, but that poses its own challenges if you are to live with other people in normal society.

I dusted Amara off and started her up, slowly at first, short test drives and all. I’m doing okay with it, though it’s still a work in progress.

In a sense, it would be easier to not use the vehicle. Because in doing so I need to find a good balance between my now very fast frequency and the vehicle’s more dense frequency. I’m not even close to mastering this, but I do enjoy working on it…it is a fun project. When I did not use Amara, people close to me said my energy did not feel human, that I felt angelic, but not in a warm fuzzy way, but in that old fashioned way of angels as being so pure and intense and impersonal that you could barely look upon them. They had an annihilating quality. People said I was becoming so light that I was nearly transparent and that sometimes, when they were talking to me, my body seemed to dissolve and only my eyes remained, floating in space with my voice still present.

Being that is being completely at my ease.

When a person speaks to me, I don’t even register that it is another person. It is myself…I’m speaking to myself. Or looking at birds, or looking at people starving to death or people doing horrible things to other people, or looking upon flowers, or the sun.

It’s all me, and it’s not theoretical, but literal. I only see myself. Interacting with people from this expanded state can cause them to have strange experiences, perceptions or to be generally really uncomfortable, even if I don’t say anything in particular.

The effort I put into Amara and finding a way to balance the singular human perspective with the expanded perspective is worth the trouble. I hope I get really, really good at it! But there is no way I could believe that I am Amara, or that the messages that appear on Amara’s navigation display are “my thoughts” or “my emotions.” And I know this is not the end, even this expanded perception is not the most expanded perspective there is.

Many people who are spiritual seekers have mental health issues. Some are aware of this, have been diagnosed and are either in or out of…

Reader Q&A. If you’ve got a ticket to Nirvana, why should you stick around ’till the curtain closes? A reader observes that people are unreal,…

Why is the reality of dealing with individual people in real life so different than how we feel about people in general? That impersonal love…

When I woke up, I became an alien species.

That’s what it felt like. As though I was at once just kicked out of the human race.

Or, perhaps like being turned into a vampire or something.

That is a lot to deal with, but I had the advantage of realizing completely that this was a done deal and there was no looking back. I couldn’t even have normal, casual conversations with people anymore. I had to learn to “be human” or pass as human.

If you wake up, the result will be that you will be awake.

Attain clarity and the result is that you will see the world and life as it is. You will give up everything and you will gain only awakeness and clarity.

Waking up means being awake. From there, you will see what you see and know what you know. Anyone who pitches you with any other benefit or endgame of enlightenment is selling you something else.