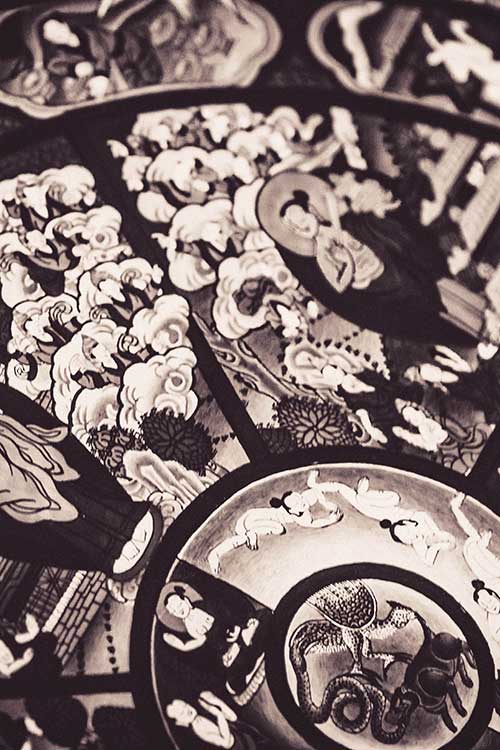 Spiritual Limbo may seem like one thing, but whenever you express yourself in these questions, I see so many aspects all bundled together.

This may seem trivial, but it’s not.

We are working to unravel these knotted balls of thought, feeling, concept, expectation, received wisdom and gathered data…so it’s important that we are clear about what it is we are addressing at each step.

Calling into question the reality of your life, and of the world around you.

Suspecting, believing, even, that the world as you know it is not what you thought it was…not what it appears to be. And yet, there is some other state you also suspect exists, perhaps you even believe it exists…something called enlightenment or being awake. The tension between these two sets of beliefs—believing your reality is not real and believing there is another state that is more real, or ultimately real—that tension is what you call limbo.

The second limbo is more pragmatic. Your life is at a standstill.

That’s probably the understatement of the century, right? You were a vibrant, active and intelligent person. Life was happening. Now your life feels like it’s suspended in molasses and you’re a PJ wearing hobo. Life is moving, time is passing…out there. But your life is contracting, and keeps contracting…even after you think it surely can’t contract any further. What’s the endgame? Why are you in a world that you can’t even really participate in? Is something supposed to happen? Can you do something to hasten this suspended animation or are you going to keep contracting until you are a catatonic? This limbo is the tension between your innate drive to be vital—to create and to express—and the force that seems to have plucked you out of the stream of life and dumped you unceremoniously and without explanation on the bank. Perhaps you also suspect or believe that the remedy for this unpleasant quarantine is something called enlightenment or waking up.

Do you see the difference between these two? We’ll address them both at some point, but when I look at this I see two very different questions, though of course, they ultimately plug right into the core question, the beating heart, which can be simply, but inelegantly stated as WTF?!

So, two Limbos. And the second is made up of parts we can separate and look at.

The circular cause-completion-resolution flow chart you are likely working off of isn’t accurate.

First, let’s consider the bell curve issue. We’ll call this quality of going deeper down the rabbit hole awareness. Just as with intelligence, it exists on a bell curve. At the very low end, you will have fewer people to play with and fewer natural roles in society. As you progress in awareness, you have more of a range and more cohorts. The more cohorts you have, the more of a place in society is carved out for you. When you get to the apex of that curve, the Average Jane or Joe, you’ve hit the sweet spot. It’s like being the dominant species. They all buy the same stuff, talk about the same stuff, watch and read the same stuff, do the same yoga, more or less.

After that, you have less range, but it’s still okay until you reach the tipping point on the other end of the bell curve where you actually start to feel like your are an outsider. There are fewer people to play with and you find the structures of society, built by and for the middle range of the curve, are not ones you can operate in comfortably any more.

More awareness, increasing your quality of being awake, going deeper down the rabbit hole does not lead to a resolution of your first issue: no longer being able to fit into a normal life.

You are measuring what is normal against your old friends, expectations and structures, which are all solidly in that cozy midrange, up near the apex of the bell curve. By that standard, you will never live a normal life, and will continue to feel more alien until you finally drop your middle bell curve, neo-bourgeois framework that still dominates your perception of the world. Your limbo, in this case, is that you’ve moved too far away from that, but still unconsciously hold those values and frameworks as somehow valid or applicable. Imagine stretching yourself between these two poles, which are moving further apart every day.

And you believe that by being more aware and awake and finally maybe even enlightened, you will solve this rift because you’ll…what? Not care anymore? Be beyond it? Replace it with other frameworks or values? Really think about this.

So there is this old measurement of life, one that is mirrored to you by everyone you know, and there is this new level of awareness. Your tension is between these two, but the only thing that will release this tension, this limbo, is for you to be solidly where you are. Realize that you are continuing to carry some validation for this “normal life”, even as you see the emptiness of it. You’re on the other side of the bell curve, my dear. Deal.

I’m not saying it’s easy. And you can learn to go in and out of that middle bell curve world, but you’ll never be part of it, you’ll never belong there. It’s confusing to be kicked out of the club, but there is another world out there and you’ll see it more clearly if you aren’t looking backward, awkwardly trying to impersonate your previous self. But it can be a lonely path. The road ahead is one of your making, and design…not off the rack.

The second is more of a Lifestyle Limbo, and it can be seen in two parts.

The first is your discomfort with how others see you and how you see yourself.

The second is how to engage in authentic action.

Let’s investigate these. The first one is superficial, in that you have some internal structures or lack of structure to deal with. My feeling is that it’s not that hard. The second one is really important, and when you get some traction on it, you’ll really see a difference in your life. But each deserves investigation.

If you awaken to find there is no “I”, this will not solve your lifestyle limbo. Yes, you will no longer be overburdened by a need to see yourself or have others see you in a certain way, but losing the “I” can bring on an intense passivity, the likes of which you cannot even imagine in your current state. Losing the “I” can trigger a rather protracted period of disorientation. If you feel that no one gets you now, you cannot even fathom the singular, solitary state you will awaken to vis a vis people when you are enlightened.

Since no one has produced a credible method for waking up (to my knowledge), awakening is something to explore and investigate, but not a viable solution to any problem under the sun. It’s not a solution.

To be clear, when we talk about engaging in authentic action, we are speaking of that from your current level. When you awaken, you will not necessarily regard this as authentic action. At that point you will need to recalibrate everything, or it will be recalibrated for you.

You can only work from where you are at, ever. So, while investigating the awakened state, which you may find an interesting thing to do, realize that you can’t work from there, and that a lot of it just doesn’t apply to you where you are. You are not awake, and you are still working within the “I” paradigm, as much as you suspect this is not real.

You may find Limbo Land a little more complex to navigate than just fully accepting where you are, and letting go of attachments is so much easier said than done!

A reader asks a poignant question about life, love and death after losing his father. Life and death are bound together. You can easily grasp…

This is part of a conversation I’ve been having with a reader. He’s been going through a lot, and his symptoms are ones many of…