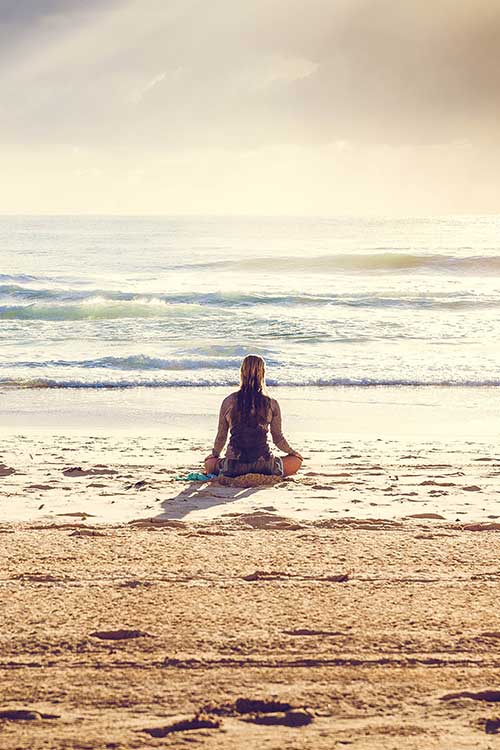 Would it be heaven or hell, or just freaking boring?

With so many people striving toward enlightenment, what would happen if one morning we all woke up enlightened?

It’s such a funny thing to contemplate. And to really contemplate it, you would have to have some kind of idea of what enlightened people are like, in order to extrapolate that out into the world in general.

The thing is, I don’t think enlightened people are like anything in particular.

Sure, we have images of ever-loving gurus, so benign it makes you want to cry. Or perhaps we imagine them to be above it all, detached, as though life doesn’t really get to them anymore. But what do we really know about the average enlightened person? Not the ones who end up in the limelight.

If awakened people were like me, the world would be really quiet. There would be precious little to talk about, and most things would just be known telepathically.

My daughter and I are like this. When I sent her to kindergarten, she was very disturbed that people didn’t just know what she wanted or intended. I had to actually coach her at that point to verbally express her needs or wants because she was not accustomed to having to do that. When she became a teenager it started bugging her that we didn’t speak out loud, so she requested we have verbal conversations instead of just communicating telepathically at tea time or over dinner. So perhaps in a world of enlightened people, conversation would be something fun that we did on purpose, as a novelty.

But not all enlightened people are telepathic. Some enlightened people may not care at all about material things and be quite Spartan, but I love luxury. I love beautiful clothes and fine bed linens. I am sensual and adore textures and colors and scents. I’m celibate, so there would be lots of affection, but no sex.

Some people imagine that once you see the illusory nature of self and of life, that you lose your motivation. That can happen, but in my experience it is just a phase. It might even last a few years. But the will to engage with life returns, and you are able to take it all very seriously, even though you know it is theater. You are an actor, so you act in good faith and with your whole being. There is nothing to disdain here, nothing to hold yourself separate from. Good actors really get into their roles. They are not above the role, they get deep into the character, without judgement or reserve. They make it real. So you go from believing it’s real, to discovering it’s not real, to making it real…on purpose.

I doubt it would be boring because we would all still be our different, interesting, weird and ordinary selves, but I don’t think it would be heaven, either. The world would be full of newly awakened people! There is nothing so annoying as a fledgling Buddha. People would be wandering around en mass, blissed out, going on and on about their no-self. There is definitely a cute, but awkward stage in the process.

Adorable. Get the camera.

Maybe it’s a good thing we only seem to wake up a few at a time.

After spiritual awakening, you may notice that people treat you differently. And not just people close to you, but people you’ve only just met or…

Those who have described living in the spiritually awakened state as suffused with indescribable love, beauty and joy only told you half the story.

There were things happened along the way, though for me this never felt like a gradual process. I was asleep one moment and awake another.…

Spiritual awakening can bring on a major reformatting of your brain, a bit like wiping a hard drive. It’s not uncommon to hear people speak…

In this Reader Q&A we look at the struggle to find joy and engagement in daily life without a sense of self, without purpose or…

When to seek spiritual advice. I love Nissargadatta, but I wouldn’t take any advice from Nissargadatta about anything other than high level, real deal enlightenment.…

Why is the reality of dealing with individual people in real life so different than how we feel about people in general? That impersonal love…

Spiritual teachers say a lot of conflicting things. How do we know what is true? This is such an important question. Leaving the issue of…

Lifting the veil and coming back empty handed. There used to be an infamous pizza joint in Phnom Penh called Happy Pizza. Who knows how the…