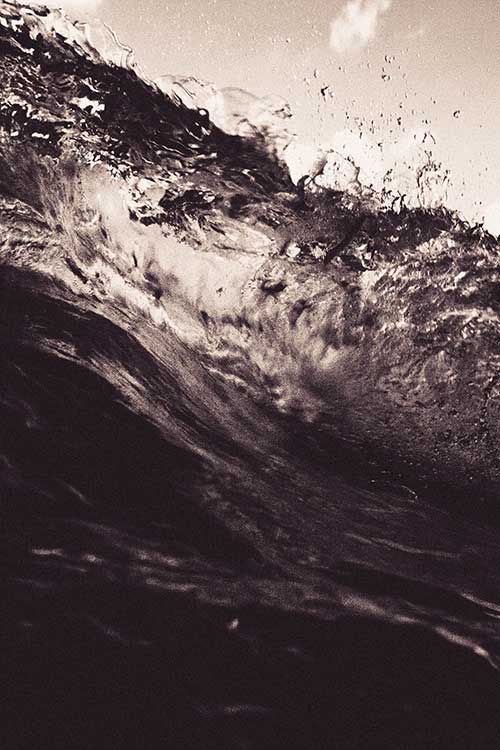 Self regulation is not the same as self control, will power or discipline.

Thought loops prevent you from exercising your own agency in life, and make it impossible to self regulate.

You can see this very clearly in your outcomes. If you intend to stop checking your email compulsively, binge watching senseless tv episodes at night, or decide to cut certain foods or beverages out of your diet…you’ll often trigger the kind of Resistance Protocol that goes beyond just the inertia of breaking a habit.

You then focus on the failure, the inability to control your own behavior.

It’s not like you’re asking yourself to do something super human or extraordinary or even difficult. Stop checking your phone! It’s a very simple thing. Yet you find you can’t do it, or you have to wrestle with yourself and expend all this mental and emotional energy just to accomplish this really simple thing.

If you’re focused on how hard it is, and focused on the outcomes, it’s easy to come to the conclusion that you don’t have discipline or will power, when in fact you don’t have agency. You can’t self regulate because you can’t extricate yourself from thought loops.

Are you getting the subtlety here?

If you’re caught in a thought loop and you don’t even know it, and you believe somehow that this thought loop is, well…you, talking to yourself…

Then you’re going to use up your energy in that arena, trying to fight what you believe to be yourself. It’s kind of exhausting!

It’s possible, for sure, and that’s where you can apply all kinds of will power and try to exert whatever discipline you can muster. Gads, are you feeling kind of exhausted and overwhelmed and grim, just reading this? I am.

What I propose is this:

#1 The thought loop isn’t you

However, if you just heard this thought loop on the radio, would you even care? If the radio was constantly telling you to check your phone, would that be nearly as compelling?

You fight with this thought loop, or try to resist it, or whatever…because you think it’s you speaking. If you believed it was just a repetitive commercial on the radio, how would your reaction be different?

#2 Fighting with thought loops is a waste of energy

It’s much more effective and efficient to recognize you are in a thought loop, realize it’s not you speaking, and instead of fighting with the thought loop, return to yourself, to silence or to your own intention stream. You don’t engage with it, you realize what’s happening and you return your attention to yourself.

#3 It’s not about the outcome

The discipline and willpower, if you want to call it that, is only applied to noticing and returning, not to controlling your behavior. If you are applying all this force way downstream, at the stage of behavior control, doing or not doing a thing, moment by moment, you are going to be wiped out. When you think of willpower, you think of grimly forcing yourself to do or not do a thing. But that’s a misapplication of discipline.

If you, in a state of agency, in an act of self regulation, decide to limit yourself to drinking only on the weekend, then you’ve already made the choice. If there were no thought loops happening (assuming you are not physically addicted) then you would simply follow through on your decision.

If you decide to walk across the room, does that require discipline and willpower? No. And choosing to drink iced tea instead of beer on a Wednesday night is just as easy. You chose to put one thing in your mouth instead of another thing. Done!

Agency is really powerful. We’re just so used to being caught in these looping thoughts, and when we decide to do simple things and can’t, it’s kind of like being crippled.

It’s like deciding to walk across the room and not being able to.

Of course, thought loops and agency are more complex than this. There are emotional components and all kinds of grubby stuff, but start here and notice, experiment, discover. Stay light.

Self regulation and agency are not the same thing as controlling your behavior. They happen way before the action even comes into question. Self regulation is not even about controlling the mind, per se. It’s about getting to know what “in your head” is you and what’s not.

Honestly, if some stumbling drunk derelict was following you around, telling you things over and over again, like “Oh, I really want a beer! I know I said I wouldn’t have one until the weekend, but damn, mate…I just really want one, you know?! Hey, let’s just have a beer tonight. One little beer, we deserve it mate! Just one….” would you think this was yourself talking? Would you be swayed to go get a beer? Would you feel the need to argue or overpower this guy? Would you want to engage with him?

What can day trading teach you about mastering your mind? People assume my ability to master thoughts and emotions is a byproduct of spiritual enlightenment.

Should. The word seems innocuous enough, but when you find yourself using it in the context of your spiritual work, it’s a cue to stop…