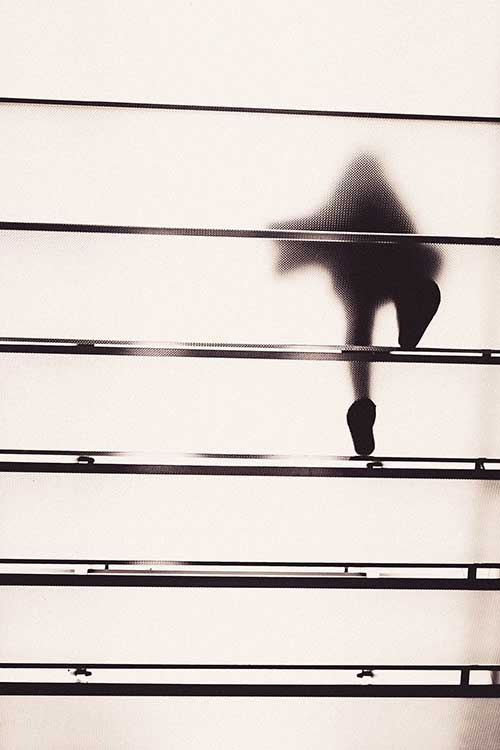 Going, going, gone. Counting the seconds to the end of rebirth.

“Hell is other people.”
-Sartre

Suffering, pain and an appalling level of brutality is built in to Earthly life. It’s no wonder many sensitive souls look around and say, “What do I have to do to get off this miserable prison planet?”

It seems nearly impossible to escape the carnival of horrors displayed by mainstream media every minute of every day.

Not just the old school rape, theft and murder. But the truly bizarre. Things that you couldn’t even make up if you tried. Things you can’t imagine people doing to one another, to children, to animals. It’s as though our species has mixed genes with that of demons, and we need to tear and destroy and feed on misery of every variety.

After awakening, you may feel you don’t belong here. People are fumbling around, sleepwalking. Avarice and manipulation are hardwired into our institutions. Perhaps you only get a sense of peace when you are far away from people, out in nature, in the mountains or near the ocean.

“Red in tooth and claw”
-Tennyson

But is nature even really all that peaceful? That cheerful, melodic bird song you so enjoy as you seek refuge in nature is an animal trying with all his might to get laid, or perhaps warning a rival of his imminent territory infringement. There are plenty of predators who do not offer a swift death to their prey, but rather enjoy eating them alive…starting from the abdomen. Chimps are infamous for their brutality. After a male lion vanquishes a rival and takes over a harem, he routinely kills off the cubs to bring the females back into the mating cycle. Pods of orcas kill blue whale calves on their way north from their Mexican breeding grounds in order to eat a single body part…their tongue.

Don’t even get me started on insects, because they suffer some really gruesome deaths. Being eaten by a spider sounds like hell, but maybe worse is being infected by a parasite that takes over your mind, controls your movements and eats you slowly over the course of a week.

“In sober truth, nearly all the things which men are hanged or imprisoned for doing to one another, are nature’s every day performances. […] The phrases which ascribe perfection to the course of nature can only be considered as the exaggerations of poetic or devotional feeling, not intended to stand the test of a sober examination. No one, either religious or irreligious, believes that the hurtful agencies of nature, considered as a whole, promote good purposes, in any other way than by inciting human rational creatures to rise up and struggle against them.”

Nature cares not for any individual in creation. If there is more food, deer multiply, when there is less, they starve. The runt of the litter is abandoned to starve. If an animal is injured, it’s either eaten by another animal or it starves. Does the system “work”? Yes. But is it peaceful, compassionate? No. And if you were asked to sit down and design a system for life, would you really utilize starvation as a primary means of population management? No.

Suffering is built-in. It’s a fundamental part of nature’s design.

So where is a sensitive soul to go? Home.

After awakening you may feel a powerful, overwhelming desire to go HOME. Say it with me, “I want to go home.”

You know, you know in your bones that you don’t belong here. But it doesn’t end there, because you have a deep sense that there is somewhere you belong. Somewhere you come from. Home.

I had this same powerful longing. At the same time, my body was becoming lighter and lighter, I was becoming kind of…transparent, if you will. It seemed that it would not be long before I simply popped out of this joint, and not by the usual door of physical death. Rather, I would become a light body.

Early one morning I was driving out of Los Angeles, making the long slog to San Francisco when a vision came over me. (What’s it like to have full on visions when you are driving? That’s got to be another post.) My vision was of the time before I was born.

In this vision I live in another world, another dimension. I’m not extra-terrestrial, I’m extra-dimensional. The world I live in has no death, no illness, no struggle or conflict. We are not really physical, so we don’t eat or have those kinds of needs to sustain ourselves. Everyone is connected. To say we are telepathic would be too simplistic. We are individual, but also share a collective mind.

From this place, I decide to send a part of myself to incarnate in the Earth stream. The others of my kind agree and share my excitement as I prepare to incarnate again, for I do this often. Some of my kind have the ability to do this, but not all do, and not all want to, because it is as arduous as it is exciting.

When the time comes, I open a portal to the Earth stream. The others stand around me and support me by adding their energy to my song. The song is what sends a part of my consciousness into the Earth stream. The song also draws to it the soul and the spirit, and eventually the body. Different songs draw different kinds of souls and spirits. The soul is drawn from the soul groups I have worked with for a long time. I do not draw from outside of this pool of souls. I draw a spirit this time that is male. Sensitive, refined, and cool in temperature. I draw a body from the lines I have worked with before.

I sing and sing, while my sisters around me give power to my singing, help me extend it to the very end, to the dense, to the physical. Until I’ve created the seed of my avatar, sealed her with my blessing, and let go.

Magic Mountain. The car and the freeway refocuses and I see I’m just passing Magic Mountain. How apropos. The vision must have lasted all of two minutes, though it felt like a lifetime.

The vision was given so I’d realize something. I’m supposed to be here. I went through a lot of trouble and used a great deal of skill to get here, into this stream. When I’m done, I’ll do it again. And there is no where to go, because I’m already home. I am in my home world, and this experience, of being a woman driving a car past Magic Mountain on her way to San Francisco is an avatar.  We are one. And if one of us is home, we are both home. If I am here, we are both here. There is nowhere I need to get to.

After this I did much grounding. Rather than letting my body get lighter, I endeavored to make it shift toward density so that I wouldn’t accidentally pop out of this stream. I remembered all kinds of other things about how my soul and spirit work together, what I could do to make things easier for my next avatar, and what kinds of skills I decided to come with and practice, and a lot of other practical information.

It’s not always easy. Sometimes I still want to go home. But I know I am home and I’m also here. The here portion of my being is about adventuring in the Earth stream. Like any adventurer far from home, sometimes I wish I could wake up in my own bed.

The effects of doing dream yoga after spiritual awakening can be fruitful…and strange. My late husband lived in a Tibetan Bonpo monastery for months at…

You’re newly awakened and the people around you can really feel it. They have “spiritual experiences” in your presence. They perceive the light of Source…

How to jump back in the petri dish of humankind. Like many people who wake up, I went through many phases of working within this…

From which point are you asking questions? Are your questions living or dead? Questions that come from the mind are dead questions. It doesn’t mean…

All at once, I saw people all-through-time, I saw them as glowing balls of light, I saw them riddled with parasitic attachments, I saw them…