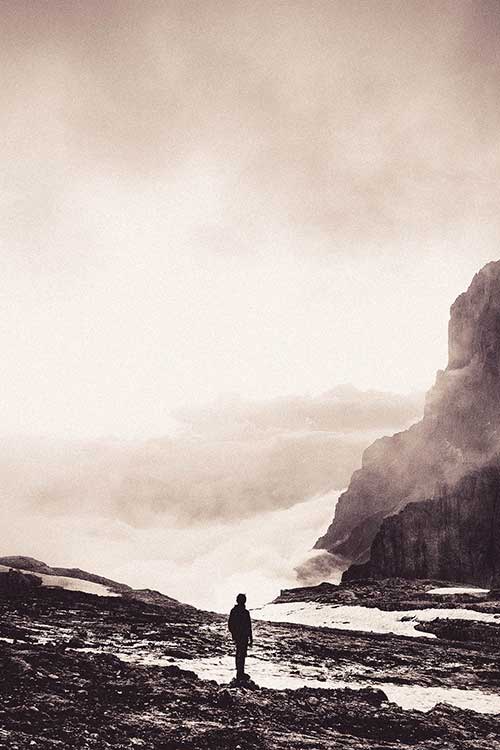 What can day trading teach you about mastering your mind?

People assume my ability to master thoughts and emotions is a byproduct of spiritual enlightenment.

While waking up certainly had a profound impact on my thoughts and emotions — essentially, shutting them off — my ability to see through mental and emotional programming was firmly in place long before waking up.

Lessons from the Day Trader’s Desk.

In the Peerless Series we talk a lot about Agency. Got Agency? I touched on this subject in a previous post. Agency is a human issue, not a “spiritual” one. If you don’t exercise your own agency, some other force will exercise theirs over you. No need to wait for enlightenment to start flexing your personal sovereignty muscles. You can start right where you are and take your mind and emotions back, bit by bit.

I’ve been a day trader off and on from my early 20s. Besides being a fun way to make money (assuming you do), it’s a particularly intense, high stakes theater in which to discover whether you can control your mind or not. Feedback (outcome) is pretty much immediate and 100% measurable. Much more interesting than sitting on a meditation cushion for hours on end, watching the mind. You can watch your mind just fine in a completely secular, fast paced activity like day trading.

Today we’ll consider the topic of looping thoughts. Where are you on the Thought Loop Spectrum?

On one end, you have thousand year old monks who live in caves — zero thought loops — and on the other you have someone who suffers from serious, debilitating mental illness.

Thought loops accomplish two types of control outcomes. One is to induce an emotional response in a certain “range” or frequency. This specific type of energy is then consumed as food. The other control outcome is to induce a set of actions. And most of the time, these two just feed into each other, round and round…until the program is played out.

As a day trader, you can see these thought loops in action.

When I place a trade, I have a good reason to do so. Market action, price action, and other indicators are signaling to me that the odds are in my favor. I have an entry point in mind and two possible exit points: my target (price goes up) or my support (price goes down). I’ve already decided all the parameters, my risk and my expected upside.

The minute you place that trade, as soon as you have skin in the game and you’re not just watching on the side lines, all cool and theoretical, your whole mental/emotional/biological system switches into overdrive.

There are lots of things one can learn here, but let’s stick to looping thoughts. Thought loops in this situation are almost always seeking to get you to take an action that is contrary to the decision you originally made. You made that decision after taking in all the information you had available. It was a carefully considered, professional decision. But now…

The price goes against you:

A thought loop initiates to get you to either sell the stock before it’s reached your stop loss order (the price under which you originally decided you would not hold the stock) or…and this is dreadful, a thought loop initiates to induce you to double down and buy more as the price nears your stop loss. You have a solid plan, you’ve calculated an acceptable risk, and now you are being manipulated into abandoning all of that in favor of some compulsive action.

A thought loop initiates to induce you to exit your trade early. It starts a program of second guessing your original strategy, and entices you to get out early, thereby incurring no loss, or less of a loss. As long as this stock did not drop below your stop loss price, there is no reason to take any action. It may take a bit longer than you anticipated, but the stock will move. By selling out early, you miss your opportunity for profit and you’ve incurred broker fees for no good reason. You end up churning your account and making losses, in spite of the thought loop’s premise, which was to avoid making losses.

The price goes up:

Okay, you think you’re in the clear, here, right? No! A thought loop initiates that urges you to sell early. Some gain is better than no gain, right? What if this is it? What if the price goes down from here? What if the target I originally selected was too high? Sell! Sell NOW! This one is probably the most screamy of the thought loops. You wouldn’t expect that. You’d think you’d be ecstatic watching the price go up, but it’s not called climbing a wall of worry for nothing.

When you originally decided your strategy for this trade, your thinking felt a certain way. You were analyzing data and making calculations. There was nothing urgent about your thoughts, no internal voice screaming buy buy BUY! Contrast that to the quality of compulsive thought loops. They have a tendency to become more urgent as they loop around, playing out scenarios of gaining or losing or avoiding loss (in the case of trading). The quality of playing out these scenarios in the grip of a compulsive thought loop is completely different than that of the original thought process that led me to take the trade. I also played out likely scenarios of how the trade might unfold, but that thinking was completely free of compulsion, overwrought and spiraling emotions, as well as nervous over stimulation.

I learned pretty quickly to get a grip, and never to take an action that was induced by a compulsive thought loop.

You can reclaim your mind. There is nothing esoteric or out of reach about it…no mantras, initiations or anything.

Start today by really paying attention to the difference between your compulsive thought loops and your normal state. Don’t accept that these thought loops are normal, or even yours.

Certain kinds of spiritual practice can definitely help a person take back their mind, but it can also have a blunting effect and sometimes comes with all kinds of dogmatic baggage. You can find pathways to awareness and mastery in the most unlikely places, like day trading. When regaining your agency and developing personal sovereignty is your goal, your whole life is your practice and training ground.

Should. The word seems innocuous enough, but when you find yourself using it in the context of your spiritual work, it’s a cue to stop…

What happens when the Programs fight back? Imagine you are playing tennis with the Programs. You’ve got a nice volley going—they hit the ball to…

Self regulation is not the same as self control, will power or discipline. Thought loops prevent you from exercising your own agency in life, and…

Are you on or off your throne? Your consciousness has a location and it matters where it is. Where are you? In any given moment,…