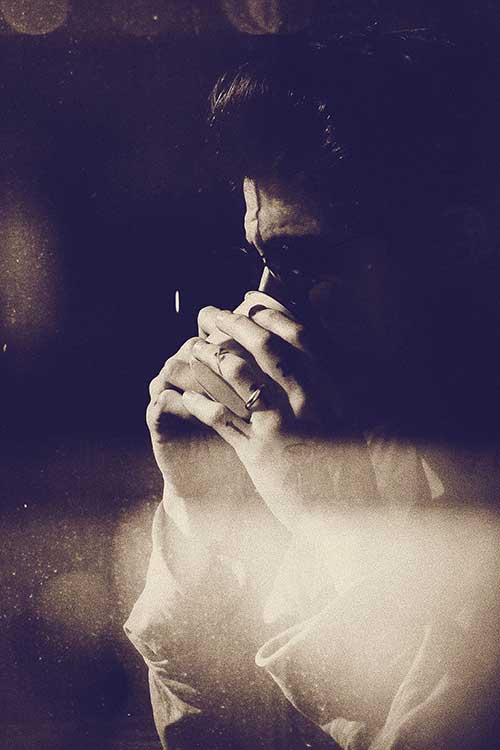 Reader Q&A: Banishing negativity from your energy field: how to conquer negative emotions for good!

“After doing all this spiritual work, why am I still not able to stay positive? Sometimes I feel love, forgiveness, compassion toward people (and toward myself), but at other times I feel jealousy, resentment, anger, bitterness.”

Is this you? Are you still letting negativity pollute your aura?

Let’s have a look at negative emotions…

Do these negative emotions even belong to you?

Some people don’t have clear access to their own emotions, and are often conduits for other people’s emotions. If you are such a person, you will often feel strong emotions that are not yours.

They might belong to someone close to you. You might be a conduit for emotions belonging to loved ones, family members, your spouse.

You may “catch” emotions and thoughts in your environment. You might be very porous and not fully grounded and centered. This can cause you to take on thoughts and emotions that are “in the air”, from people you don’t even know in your general environment, from media consumption…including music. We work on techniques to avoid this kind of emotional contagion in the Peerless Series.

You may have a parasitic infection. Toxoplasmosis and rabies are known to cause changes in personality and behavior in humans. But in this case I’m speaking of mind/energy parasites, not critters invading your body. Some of them feed on very specific frequencies of emotion. Whichever frequency they feed on, they encourage more of the same to secure their food source. They will implant triggers and thought loops in order to ensure their supply.

You may be mentally ill. People who are mentally ill can become overcome with feelings that feel more real and vivid than anything, but after the episode is over, they can’t imagine why they had those feelings. Anger, paranoia, attraction, anxiety, despair…and more.

What if they do belong to you?

Some emotions do arise from your own psyche. What if some of these feelings are “negative”? Here’s what people often do with emotions:

Think about them
Let’s say a feeling of resentment arises. Rather than just feeling it cleanly, you think about it. You judge it. You give yourself reasons you shouldn’t feel resentment.

Narrate them
You tell yourself elaborate stories about them. The story might endorse the emotion, telling the story so that your resentment is justified. You legitimize your negative emotions with narrative. Or, you seek to suppress the emotion with a narrative that invalidates your emotion. In any case, rather than feel your feeling cleanly, you are telling yourself stories about them.

There is so much sanitizing of the “negative” in our current culture. The cult of aggressive positivity has quite normalized itself into the mainstream. Unpleasant feelings are not an indication of spiritual inferiority, nor are they polluting your otherwise sparkling clean aura, nor are they necessarily going to cause you to manifest disease, misfortune or poverty.

On the other hand, the absence of negative emotions is not an indication of spiritual attainment, nor will it prevent you from getting ill, suffering financial losses or misfortune.

Emotions that are actually yours carry energy and information. When you stop seeing them as something to be overcome or avoided, you can let them move cleanly through you. You can feel them, cleanly, without the involvement of your chattering, interfering story machine. Your mind adds weight to emotions that have no weight of their own. You capture the emotion and turn it round and round in your mind like a Rubik’s Cube, or push it down and out of sight, into your subconscious where it festers and becomes contorted.

Imagine a small child, feeling angry and resentful about something that just happened. A parent steps in and starts talking….blah, blah, blah…about why he shouldn’t feel that way. Why that feeling is not justified, not legitimate. Why feeling this way means you are a little kid and not as grown up and polished as your parent wants you to be. This negative emotion is an indicator that you are not acceptable as you are. This is basically what you are doing to yourself, now , as and adult.

Better to create a safe space, a container, to let that child feel whatever they feel. Let that energy move cleanly through, without judgement. Help them express that they are angry or resentful or jealous. Don’t feed it, don’t suppress it, don’t justify it and don’t delegitimize it, but acknowledge it fully without judgement or narration. Then deal with whatever the situation requires, if it requires anything. You’ll notice that children who hated each other a moment ago can be found playing happily together twenty minutes later. They are not stupid, they’ve just felt their feelings and moved past it.

Once you let yourself feel your feelings cleanly, you’ll be in a better position to know if there is something that needs to be done. Sometimes the feeling is indicating some imbalance in your life, your work, your relationships. Or it’s pointing to old patterns or unresolved pains, fears or traumas that are ready to be understood and healed.

People in general don’t feel their feelings cleanly. People involved in spiritual practice can sometimes be even more susceptible to wanting to scrub themselves clean of negative or unpleasant emotions, aiming to get on—and stay on—a cloud of love and compassion. You are much more expansive than you realize. You are more than capable of expanding your being to accommodate any emotion without being “polluted” by it.

The point of spiritual evolution is not to limit your range of what you might feel and experience, but to expand your being to encompass all that is. And the good news is that you already are that expansive, so really it’s more about expanding your awareness of yourself, of what you already are…which is all of it.

What to do when you go from one thought loop to another? How to deal with the sheer number of these programs? Getting an accurate…

What can day trading teach you about mastering your mind? People assume my ability to master thoughts and emotions is a byproduct of spiritual enlightenment.

Do you have the Perfectionism Program constantly running in the background of your Operating System? Do you keep adjusting your behavior to satisfy its demands?…

Self regulation is not the same as self control, will power or discipline. Thought loops prevent you from exercising your own agency in life, and…