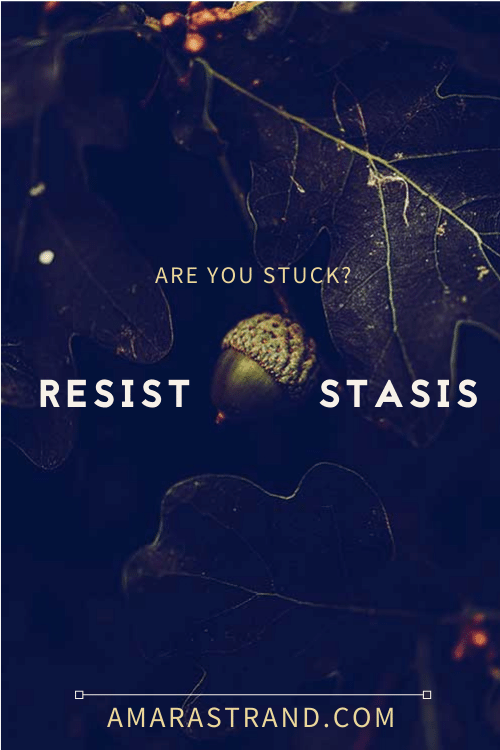 Keeping the growth mindset throughout your life.

The societal demand to answer the question “who are you” leads to self-image fixation.

Grow means change. That seems obvious and simple, and your intellectual mind might just skim over that. “Duh.”

One of the things that opened up profound and lasting insights for me was watching my daughter grow into adulthood.

She was born, and two weeks later, she was a different being. In body, in ability, in expression.

This meant I had to keep looking. Pretty much on a daily basis I looked to see what was new, and adjusted accordingly. She was anything but fixed. I was in a constant state of discovery and adjustment.

She continued in just this way, throughout her childhood. Or, more importantly, I continued to regard her in this way. When she was a child, no longer growing physically at an infant’s fast pace, I still noticed that she was a different child every two weeks.

Sometimes it was subtle, but sometimes not. Her viewpoints changed, her preferences shifted, her enthusiasms led her in different directions. There was simply no use in maintaining defining ideas about her over time, like “she’s afraid of dogs” or “she likes to play one on one, but doesn’t like playing in groups of children”.  Though, I noticed most parents did carry fixed ideas about their children, for years at a stretch.

Every couple of weeks, I’d look at her and think, “who are you?” Sometimes I’d even ask her to tell me all about herself. It was a fun game we’d play when we were in the car or taking a walk around the neighborhood after dinner.

I learned a lot from these talks. And also from observing. I saw the subtle shifts that later bloomed into new paths of being for her. And in having to keep up, I instilled a kind of radical flexibility, the ability and indeed habit of constantly looking and re-framing my image of the world, of people around me…and of course, of myself.

And then I saw the world closing around her. It didn’t take long before the mantra of “you can be anything you want to be” morphed into “who are you going to be” — and the constant demand, delivered in so many ways, through so many platforms, people and institutions: that the point of being an adult is deciding who you are and then being that person, more or less consistently, forever.

Because childhood is all about growing in order to reach your “personality destination.”

This pressure is intense. And we don’t even realize that we are under this kind of pressure to slow down the rate of growth and fixate, that the process of fixating into a personality destination starts when we are really young, 8-10.

Can one person, just your mother, counteract this pressure, this demand, that comes from every mouthpiece, every societal example? No. Not entirely. But the idea that constant change is normal and expected has become a feature of my daughter’s model of the world, and she pushes back when people expect her to adhere to an older, outdated version of herself (which may only be the one from last month!).

She often says things like, “oh, I’m not like that anymore.” And that’s the end of it — she says it as a matter of fact. She knows I understand exactly what she is talking about and she knows I will not expect an explanation for why she is totally different than she was two weeks ago.

We are often expected to justify ourselves when we change. Not only to other people, but we often feel we need to justify our change to ourselves. We have to come up with a reason, a story, a logical path.

Every two weeks, I am a different person. Not kind of, in tiny barely noticeable ways. In two weeks, I’ve changed fundamentally, radically.  This feels perfectly normal.

I don’t bother building and maintaining a fixed self-image because it’s simply not worth the effort. It takes a considerable amount of energy and effort to build and maintain such a thing. Then you’ve got to lug it around and produce it on demand, so that others can see your consistent, fixed adult self. Your destination personality. Talk about baggage!

Having trained myself to live this way, my nervous system is change-adapted. This is an important point, so please pay attention.

If you switch from living in a state of image fixation, then you also need change (inner and outer) to remain at a certain pace, within a certain range. Literally, your body requires this. Your nervous system is adapted to this level of inner and outer change. If you were to let go your fixed self-image and switch to a rapid change model, your nervous system would actually produce a feeling of speed, almost like a physical feeling of speed. And this can be very uncomfortable and disorienting.

So you sensibly put on your brakes and settle back into a more manageable range. Sometimes you do get the happy effect of having your range somewhat expanded, so you can handle a little more change than you used to. But still, you cannot maintain the rapid rate.

We’ve all had these experiences. Maybe something happens that knocks us out of fixation for a while, a traumatic life event, maybe even a spiritual teaching. We go through a period of remarkable growth, change and insights.

But we don’t live like that. We experience these as distinct periods of growth, but they do not turn into our way of daily living. And we think this is normal — that this kind of rapid growth is supposed to happen in spurts, after which we return to a slightly upgraded personality destination. We totally don’t get that we can live in a perpetual state of rapid growth.

This is partly because all of society tells us this is the way it is. You go off on retreat and and “change” and then you come back and add that to your self-image, which once again gets fixed.

Secondly, we are not aware that to live this way requires us to retrain our nervous system to adapt so that it doesn’t give us bodily signals of “going too fast.”

Your brain re-purposes areas that are dedicated to physical sensations in order to process experiences that are not rooted in the body.

For instance, your brain doesn’t have a specific region that is responsible for moral disgust. So it re-purposes the part of the brain that processes physical disgust. When you find something morally repugnant, the same part of your brain is activated as when you smell the milk to see if it is still fresh…and discover it is not. So moral disgust produces a similar reaction to bodily disgust, even though these things are not the same. People even use language that makes this connection when they encounter something morally disgusting: That makes me sick to my stomach! It’s no coincidence. Your brain is using the same pathways to process physical and moral disgust.

This re-purposing in the brain is very common for all kinds of experiences. It’s like this with rapid internal change. You get the kind of feeling you have on a roller coaster or some other physical situation where your body feels you are going too fast. Your nervous system is triggered in the same area of the brain that processes speed perception or proprioception and sends you physical signals through your nervous system related to these functions — even though rapid inner change isn’t a physical event.

The nervous system is adaptable and can be trained to re-frame how it handles change.

I have a terrible fear of heights, so I decided to learn to skydive. There is no situation in non-technical nature where a person jumping from such great height should feel anything but horror. Really.

Just being up in a plane with no door — just a gaping opening to the sky, waiting for you to fall through…it’s so unnatural. And then jumping out of that hole, not really knowing if your chute is going to open properly, no guarantees of anything, except that you will meet the ground, in one condition or another. Why is there no panic? Why isn’t the nervous system firing all manner of warnings? Vivid images of your flattened dead body, every bone shattered?

Because your nervous system, like most other systems in your Human Apparatus, is adaptable and can be trained, updated. Instead of panic, there is the greatest peace and freedom you’ve ever felt. You are hurtling toward the ground at ridiculous speed, but you feel the essence of timelessness. Everything is beautiful, and you feel like you have all the time in the world to look at everything in detail. Your nervous system is not reading this as a mortal crisis, which allows you to see the moment for what it is, and all the magic held within it.

What to do when you go from one thought loop to another? How to deal with the sheer number of these programs? Getting an accurate…

Private Consultation There are times when getting insight, strategy and support from someone you trust makes all the difference between going around in circles or…

Q&A Got a problem that no one else can relate to? If it feels like your problem or question or life situation is rare, one…

Fundamentals Are you at the mercy of your thoughts, emotions and programming? The Peerless Series is a beginners course that covers the basics of cultivating…