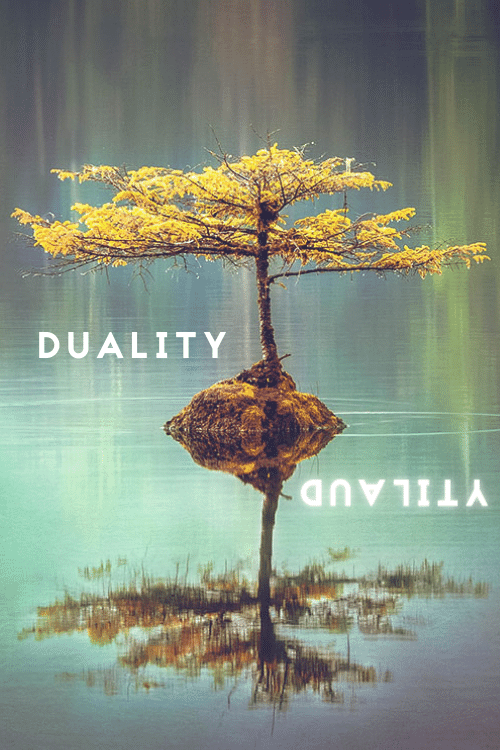 Dealing with “duality” persona programs. One is created in early childhood and the second is created when you are older, maybe even a young adult, as a counterweight.

I see a lot of people with a primary Dual Program. A Dual Program creates the appearance of two, nearly opposite, prominent personalities.

The primary program is created in childhood. Let’s say you were very insecure and maybe bullied as a child. You didn’t fit in and you weren’t well liked by your peers. You might create an identity program at that time around not being fully accepted by anyone. Because childhood programs can be very black and white that way.

Later, you create an exterior personality to counter it. This personality is very outgoing, fun, high achieving, etc. This program projects a different image of yourself.

You experience these two “parts of yourself” as being at odds all the time. One is “inside” and is ever present to let you know all the ways in which you are not good enough. One is always projecting outward a vision of you that is basically a lifestyle magazine cover. You rarely get any rest from these two seemingly opposite pressures.

What I propose is that neither of these “personas” are the real you. You already know the carefully crafted external personality you’ve created is not the real you. You know this instinctively. But the insecure, jealous you who is always comparing herself to others and coming up short is also not the real you. You may not have much contact or familiarity with your authentic self at all — being pushed and crowded out by these two demanding, loud personas.

This is what I mean by programming. One program (the insecure inner bully from childhood) is so extreme and dysfunctional, so to survive you created another program to act as a counter — equally extreme, in the opposite direction. Now you experience these two, equally loud and demanding of energy, attention, space. But they are not you. You tend to believe the insecure voice is really you, partly because it is private and because you’ve had it since childhood. But it’s no more authentically you than the other.

Deprogramming Duality Programs is not a short term project. What it looks like along the way are periods where you feel lighter and you feel a sense of relief as the two personas start to become less prominent and loud, and then you run into a wall and you can’t get around it without confronting some old, but very overwhelming pain. And then you choose to do that — or regress or completely ignore it. One of the ways we deceive ourselves is seeing the monolith and taking it apart intellectually, and then believing we’ve actually dealt with it. I see this all the time.

If you choose to confront and heal, then you move ahead, and instead of the monolithic, dark wall in front of you, casting its long shadow, this is now in back of you and has transformed into a source of depth and strength…that literally “backs you up”. Also, once you’ve dealt with your first wall, subsequent walls you encounter will be easier to get through. Just knowing that you can do it, and that there is another side of that wall, gives you the ability to move through even the most painful monoliths.

And then you keep moving ahead, deprogramming the layers. Along the way, as these two loud programs lose some of their grip over you and recede into the background a bit, what will be left? What now has space to move into the foreground? You start to get to know your authentic self.

This is the process of maturity, becoming mature. It’s not glamorous or even spiritual. And it’s messy and fraught at times. It doesn’t solve all your problems and you won’t get any achievement awards from anyone for doing it. In fact, being mature can be quite lonely at times, and in the process, you may find all kinds of relationships fall away or need to get radically renegotiated.

I’ve used one example of a Duality Program here, but the important part of this post is not the storyline of this program in particular. You may not have this particular flavor of duality. But have a deep look to see if you have a Duality Program in place. Not everyone does, this isn’t universal, but it’s very common. Some Duality Programs are highly active and prominent, while others less so. 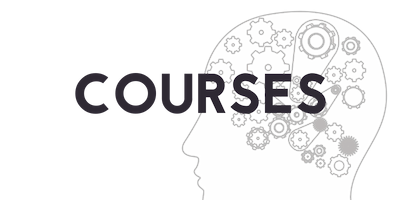 Are you at the mercy of your thoughts, emotions and programming?

The Peerless Series covers getting centered, grounded and cultivating personal agency. Take a 15 week journey with me…I’ll give you practical guidance and effective techniques to master your mind & emotions, one lesson at a time.

This is the fundamental beginners series that underpins all intermediate and advanced series.

tell me more about Peerless

I’ll give you the tools, perspectives and techniques to stop being a passenger and get in the driver’s seat.

Weekly audio lessons cover a range of topics, from mood management, attitude adjustment, getting the upper hand with thought loops, meditations to remove deep programming, busting out of cherished ruts and more.

If you haven’t taken the Peerless Series, I recommend you do because you’ll have a solid foundation for this course, but it’s not required.