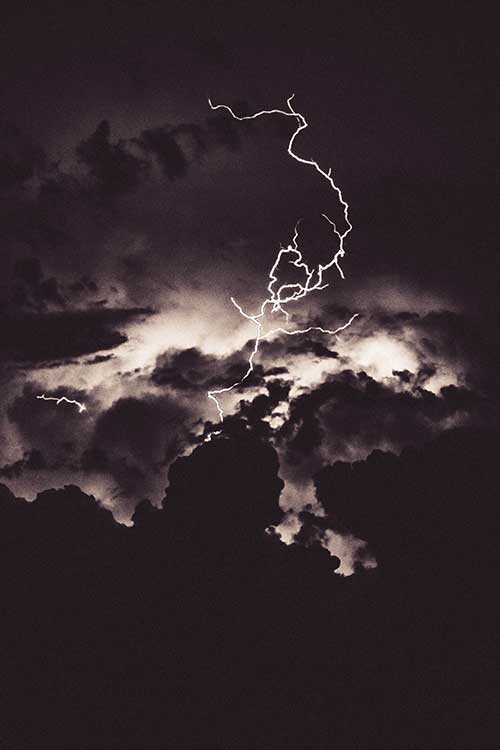 Today we had a powerful earthquake off the coast of California. I reflected gratefully upon the fact that I did not feel it.

Not the shaking, mind you. Californians remain sanguine when their teacups rattle on the shelves. No. I mean feel it.

You see, one of the many bizarre changes I went through after spiritual awakening was becoming exquisitely, excruciatingly sensitive to seismic activity.

A pressure would start building inside my body, gaining in intensity until the quake finally happened, at which point I felt like I was being electrocuted. A single earthquake would take me nearly two days to physically process. I couldn’t sleep and the pain was torture. The furthest quake I clocked was a thousand miles away.

Since I live in an area famous for its seismic activity, this was basically going on non-stop. And I never knew if the quake would actually hit where I lived. I was always braced for the Big One.

This went on for a little over a year. While it was happening, I didn’t know if it was permanent or not. It was pretty horrible. One day it was gone. Just as I don’t know why it came, I have no idea why it ceased. Today I read that there was a large earthquake nearby and I was delighted to learn about it in this way, as opposed to having spent the last 24 hours actually feeling it in my body as the tension built up.

Seriously, I wish there was some kind of menu of post-enlightenment “powers” we could choose from.

Until you are in persistent alignment with your authentic being, any entity or control program can use the word “I” when speaking on your channel…

Remote Viewing is a skill you can learn. Some people have an innate talent for it, but even if they do, they still need to…

Those who have described living in the spiritually awakened state as suffused with indescribable love, beauty and joy only told you half the story.

How to jump back in the petri dish of humankind. Like many people who wake up, I went through many phases of working within this…

Enlightenment has naught to do with morality or ethical concerns. Nothing. Moreover, unless you are already an extremely grounded and wise person, enlightenment can make…

About six months after the Big Bang, Triple Rainbow spiritual enlightenment I found myself in a Paris holiday flat looking into the mirror at someone…

I was alone in the woods on a summer night, when suddenly, I woke up. Instantly, spectacularly, and completely out of the blue. On the…

Does this sound really cool? Well, I won’t lie. It is. And it’s also very disturbing if you don’t know what is going on. It…

Every awakening emerges in its own peculiar way.  Some of you will slip in and out of Bliss, some will pretty much be engulfed in…