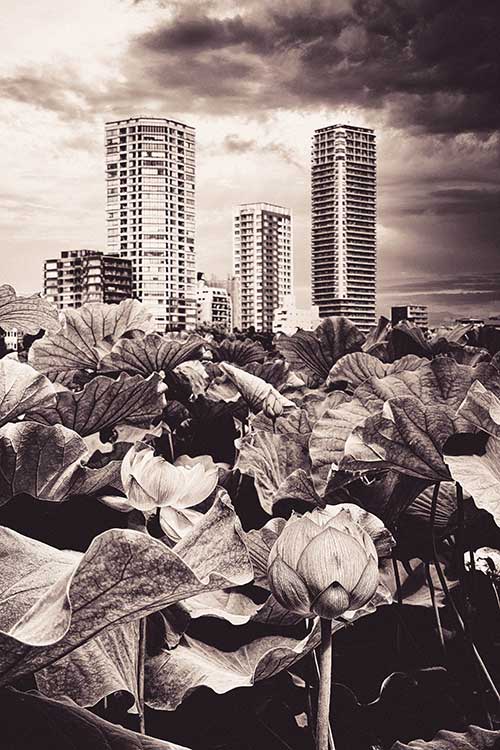 Spiritual awakening can leave you feeling like you don’t belong in this world.

Do you feel detached or estranged from your life?

Like many people who wake up, I went through many phases of working within this utterly unfamiliar level of consciousness.

Some phases turn out not to be phases so much as trajectories that last either a very long time or for the rest of your life. One of the major, life defining trajectories is checking in or checking out.

How to jump back in the petri dish of humankind.

After the jubilation and novelty of waking up became normalized, I found myself awake in a world of Sleepwalkers. As my consciousness became increasingly transcendent, I became ever more detached from people and the human drama. It’s as though I had become a different species. I could not relate to people. People seemed hopelessly mechanical and the society they built was vulgar, manipulative and empty.

This feeling was only intensified by all the weird, inexplicable physical and sensory changes I was undergoing. If you haven’t read about them, you can find some of them detailed on this website. On top of all that was this irresistible gravity, pulling me ever closer to The Void, to something I cannot even hope or try to describe, ever. It was at once horrifying, and the best feeling ever. Like finally going home, but not in a homecoming sort of way, but rather like an annihilation.

Everything just happened. I didn’t experience anything approximating agency in life. I lost my feel for Time. Months would pass and I couldn’t feel that passage. Everything seemed slow, the air was viscous, I melted into the non-human world around me. Living in nature and not working with people or living with people allowed me to do this, and my life was an uninterrupted flow toward dissolution.

Then I started getting this message: reconfigure yourself. Just as an experiment, find a way back in. Then you’ll have the way out and the way in.

I don’t have the way out. I woke up, that’s all, and I don’t know how. Neither do I have the first clue how to reconfigure myself. And…what a horrible idea! Why on earth would I do that?

But the message was persistent. So I spent years trying to achieve agency, solidity, pick up my now barely existent persona and try to get it sea worthy and then…the much harder part, try to animate it. At will.

It was awful. And I haven’t quite accomplished it yet. But this is the only reason I can write for you, the only reason I can be relatable to you, or anyone. I have the sense that I will remain this way for some period of time in order to do specific things. Once it is done, I will return to the Silence. Or not. Who knows?

Reconfiguration was so terrible and I was so unsuccessful at it, that one night I just gave up on it entirely. The next morning I woke up and I was “in”. Funny how that works.

Over time, perhaps I’ll be able to relate how this was even done. Perhaps it is enough to say it can be done, for those who are also called to do it. My experience is that it is painful: physically, psychically, mentally…pretty much on every level. It feels like an unbearable compression, one you eventually just get used to so that it mostly is felt in the background, but it’s still ever present. It’s like flying around the world, in economy seats. What I’ve found is the ability to be in and out simultaneously, which is quite a feat, but worth mastering.

So now I have this latitude to go in and out, one that I didn’t have before. I feel it is for a limited time only. And that’s a relief. What I appreciate about it is that it allows me to really connect with people, feel with people. It allows me to get micro instead of remaining only blissfully macro. It allows me to sound human and not alien. It allows me to sound normal and not “spiritual”. There are still a lot of bugs in the system, but this is the only reason I didn’t shut down the site and pretty much finalize my retirement from the human stage.

It’s not like I came back with a known mission or anything. In fact, the message was emphatic in that it was learning the process of going in and out that was important. I’m building a vehicle that will be used later. And I’ll explain more about building vehicles in future posts if anyone is interested.

I’m not sure how many people reading this will understand it. It sounds rather esoteric, I know, and I mostly endeavor to keep things as practical in my writing as possible. I wanted to share this in the event that anyone can relate to this. I’m still in the process of “solidifying.” If in future I am able to say anything useful about it, I will give it a shot.

Who knew spiritual enlightenment would be so physical? The body can also go through massive changes and when that happens, you can experience some really weird, unexpected symptoms that can disrupt your life and cause a great deal of anxiety to anyone living with you or close family and friends who witness them.

I’m pretty much in a constant state of amazement, astonishment. Everything is real/not real. Just throughout the day, I’m fuqing astonished at…I don’t know….my curtains, my desk, this weird idea that Time is happening, the constant stream of totally unbelievable, unlikely characters that flit across the screen of my so called life.

You’re newly awakened and the people around you can really feel it. They have “spiritual experiences” in your presence. They perceive the light of Source pouring through you effortlessly, and it takes the expression that is needed most at the moment: strength, compassion, tenderness, clarity.  Without even meaning to, you find yourself teaching. You won’t be expecting it at all. You won’t see it coming. But one day, people may start worshiping you.

How not to end up in a spiritual niche or dead end after spiritual awakening. Whatever your perspective of the moment, it’s just a phase, if you let it be. This applies to the insights and experiences you enjoy as well as the ones you don’t.

Losing your persona may mean losing your status as a person. It can be like having your citizenship revoked, only for the whole human race. In a conversation I was having with a reader on the role the mind plays in what and when we eat, he recounted a story…

From the moment I awoke, and every minute after, I’ve sensed this incredible love pervading everything, from the discarded chewing gum on the sidewalk to the stars in the heavens. One of the effects of awakening in the way I did is the gift (or onslaught) of a profound and penetrating vision. Vision is not entirely accurate, because it involves many other senses, and has nothing to do with the eyes, but you get the basic idea. I don’t use the vision so much as it uses me, to what end, who knows?

There were things happened along the way, though for me this never felt like a gradual process. I was asleep one moment and awake another. It’s quite a stark contrast. However, when I was a Sleepwalker there were many times when something would pierce the veil of my dreamstate and communicate with me. I’ll start at the beginning…

After awakening, you may feel you don’t belong here. People are fumbling around, sleepwalking. Avarice and manipulation are hardwired into our institutions. Perhaps you only get a sense of peace when you are far away from people, out in nature, in the mountains or near the ocean.