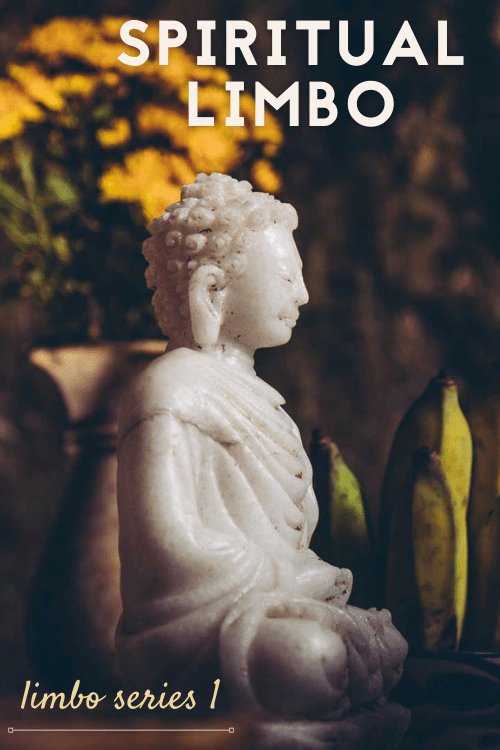 Falling too deeply out of the human frequency for too long can land you in Spiritual Limbo.

My hermit retreat in the woods was a spiritual recluse’s fantasy. What could go wrong?

Silence. Solitude. Nature. Seems like a perfect dream for a spiritually awakened person and someone who’s energetically sensitive. But too much of a good thing can end up being…too much.

For me, it didn’t happen right away. After spiritual awakening, I had no particular impulse to retreat from people, from life. No.

Even though I became exquisitely sensitive, feeling everyone I came into contact with, even casually, as though they were completely transparent. Even though I effectively had no boundary between myself and everyone, everything else. I didn’t feel the need to retreat into solitude.

Rather, I packed a couple of bags and travelled the world for a couple of years, meeting people everywhere, talking to strangers on the street and on trains, making friends wherever I went.

Then I returned to my home country, created a new home base in the woods. I had a beautiful home with a huge garden, and I could look out any window without seeing another house, without seeing another person. Just trees, all around. I began to settle into deep nature frequencies, communicating with plants and animals. Sometimes I would go for a week or two without even casual contact with another person. I would go for long periods without speaking.

I spent a lot of time by the sea and in my garden. Time ceased to be measured, except by the phases of the moon, the turn of the seasons. At some point, I recognized that I had moved completely out of the band of frequency of human life. I never intended to, or wanted to, but this is what happens when I don’t actively maintain engagement with that frequency — I fall out of it.

And it was absolutely luxurious and magical. I had dropped down into an elemental, timeless, womb dimension — one that is parallel and at some few points, overlapping the dominant human dimension. Here, the human machine was silenced, and replaced with the song of the stars, communion with plants and elementals and anscestors and faeries. I was definitely…not…alone in this dimension that exists in the periphery of time.

And if I was a different person, I would have happily remained in that frictionless, mindless contentment for the remainder of my days.

But there began a kind of pressure and…discomfort, like a very far away voice seeping through the amniotic cocoon, filtering through the humm of the flowers and gossiping trees and the heartbeat and pulse of the sun warmed earth. Between all this, in the spaces between, a thin, ice cold sliver pushed its way into my consciousness.

After spiritual awakening, you may spend some time in the Hermit’s Cave. If it’s been a long time, you may be asking…how can I have…

Spiritual Limbo may seem like one thing, but whenever you express yourself in these questions, I see so many aspects all bundled together. This may…

Welcome to the elite group of moody, anti-social, unmotivated enlightened people! Congrats! Some people experience a profound loss of motivation, and lose the desire and ability…